Way back when the idea of the Full Moon Farm Gate started percolating, dirt(y) Simon Bryant was one of the first foodie types I thought of calling to see if he’d be keen to be on board. He was. His diary wasn’t. It’s taken since 2013 until now to find a happy collision of his free time and our popping up, but that junction is here and it’s happening! This is a very cool thing for lots of reasons, but the most of them are about Simon’s food and his approach to how and why things end up on a compostable plate. If you didn’t get any ‘celebrity’ vibe in that, it’s because there isn’t any of that with Simon. Really. And he’s more than entitled, believe me. Instead, there’s the ‘sure, we can cook to order in a stone stable in unpredictable weather, not knowing how many people are coming, and we’ll talk to all the local producers to make sure we get as many things grown down the road as we can.’ That’s Simon. Clearly a Full Moon Farm Gate kind of guy.

You’d think, knowing all the above, that I wouldn’t possibly ask him for anything else, but when he told me what he had planned for Saturday night’s menu, “hey, would you guest blog one of the recipes for me?” was out of my typing fingers before I could add, “please say yes!” And he did. So here’s one of the ‘wokked to order’ dishes he’ll be serving come Saturday night at Langmeil. It’s from his new book. The one that hasn’t actually been released yet. If that doesn’t make us all feel loved… 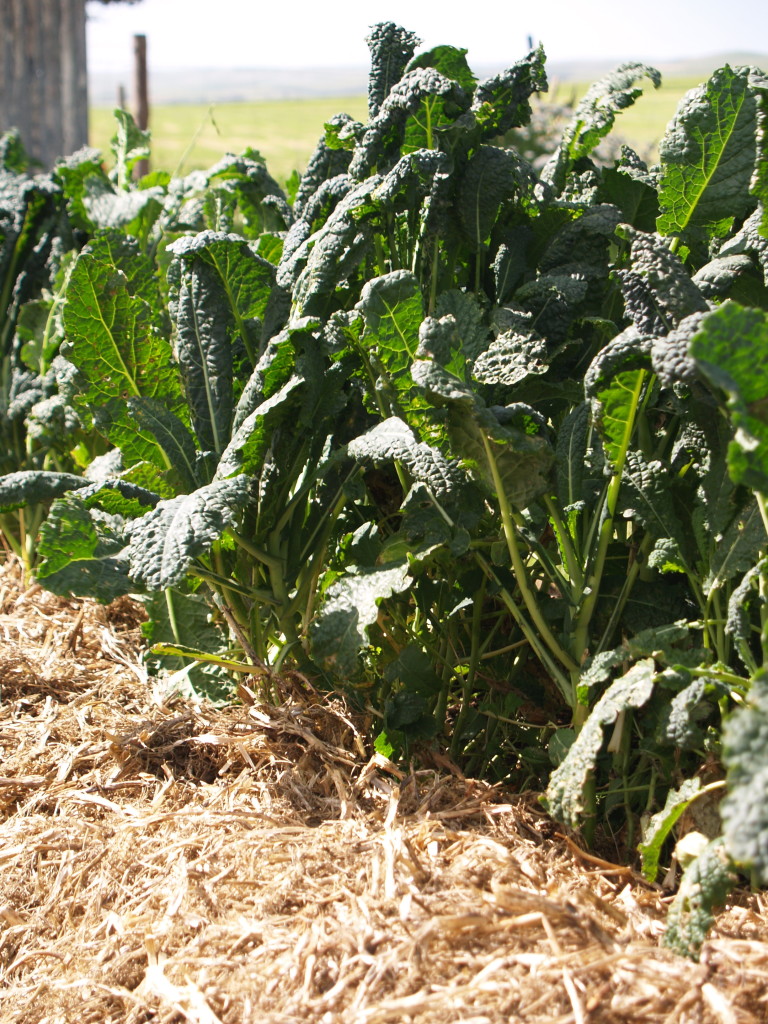 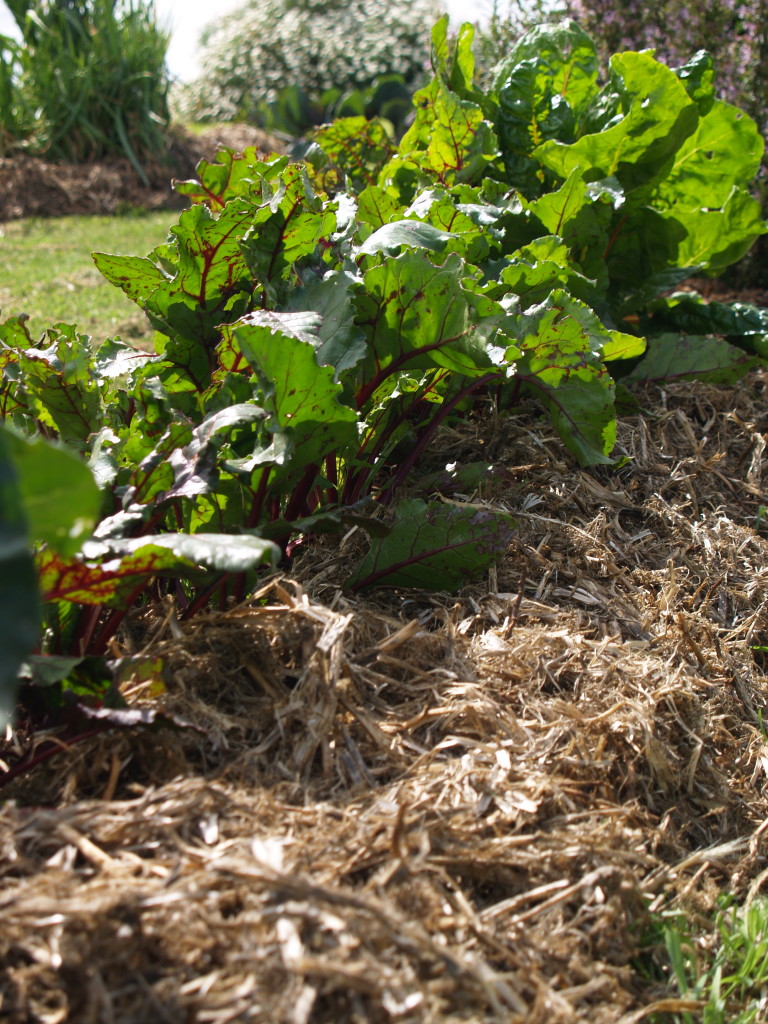 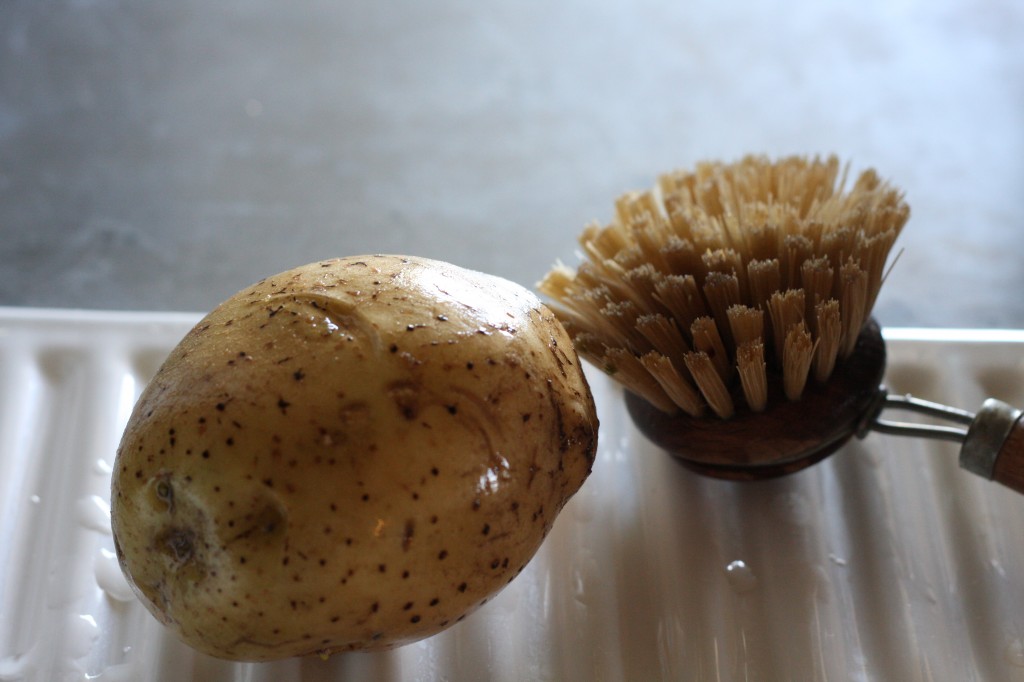 Start by boiling the spuds till they are tender and set aside and keep warm.

Heat a large heavy-based pan (with a lid), add the peanut oil and once hot sautee the onion and garlic over medium heat for a few minutes or until soft. Turn the heat up a little and add the spices to fry for about 30 seconds or till aromatic – but don’t burn that fenugreek or it will turn bitter!

Add the spinach along with ½ cup water and toss gently so the spinach is covered with the spice mixture. Place the lid on and cook covered for around 3 mins or until the spinach is wilted. Season with salt flakes. Grab a stick blender and puree the mixture, adding the raw coconut oil while the mixture is hot.

Add the potatoes and gently fold through the pureed mixture.

Garnish with the green chilli and serve with coconut yoghurt and steamed basmati.

A note from Simon…

* dirt(y) is my brand of Australian grown, gm free, wholefoods. So I guess this is my shameless plug for our peanut oil…

dirt(y) raw pressed red skin peanut oil is made with red skin peanuts grown in sunny Kingaroy, Queensland – Peanut Capital of Australia. The peanuts are raw pressed, an authentic, artisan-style process that captures all the intensity of the peanut’s flavour and aroma. 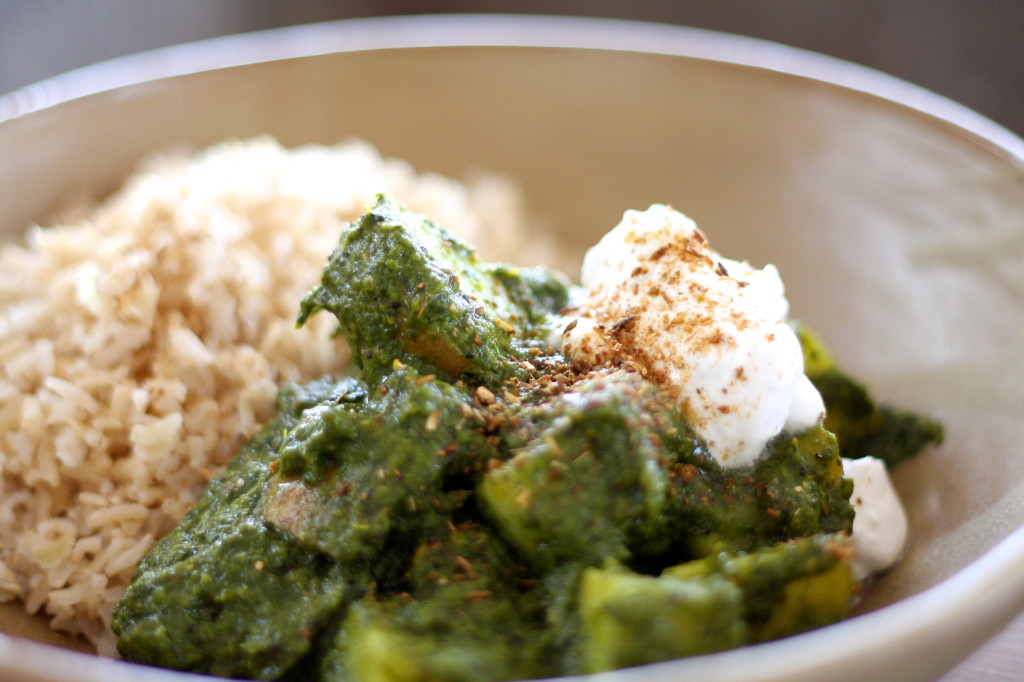